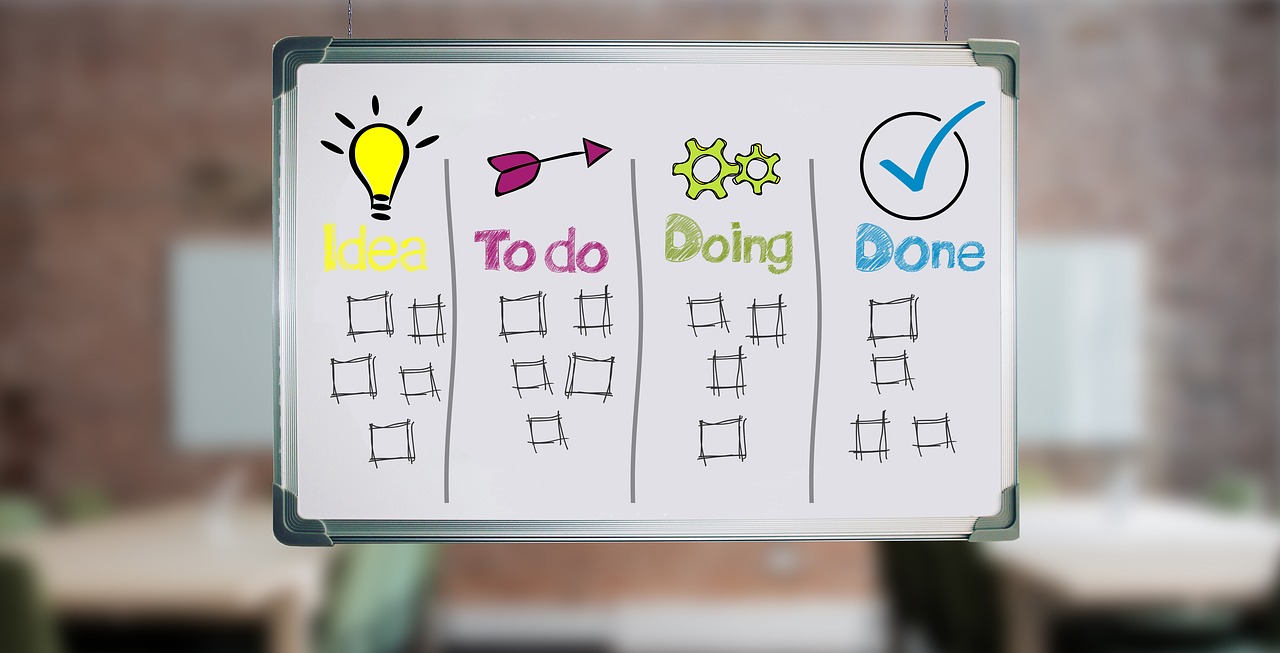 Somewhere in my career, I came across the realization, just because there is a right way of doing things, and I am doing it, doesn’t mean it’s the only way of doing it!

For example, I came to find if I type/write as the meeting goes on, I can prevent myself from daydreaming. I concluded those who didn’t either were not schooled in the technique or were just not interested in what was going on. Of course, I was wrong, some write notes after synthesizing only the essential points, and there are incredibly bright individuals out there who don’t need to write a single letter the whole meeting yet will remember precisely what was said.

Underlying whatever practices we chose to adopt, there are several ideas so fundamental, almost all effective methods build on top of them. Years ago I discussed what that might be for agile: https://blog.chenchatech.com/2017/10/the-dna-of-agile-practices/

In this entry, we will be looking at how to think about the various states of a task. I hope you find the ideas here as useful as I have.

The human brain wants everything done NOW. If you ever get a hunch, for example, you want the idea implemented immediately. Since the physical world carries a limitation on the number of things we can do, we learn to make a mental note to do it sometime later or even worse push the pesky idea out of your head. At least that’s how I did it until I came across the concept of the Inbox.

The Inbox is an infinite list of all you can do sometime in the future.

It’s everywhere, just after you have had your lunch, the empty dirty plate sitting in front of you is now part of your Inbox. The email you just received from your boss is part of your Inbox, so is the missed call.

As a newly minted leader, you will soon face an incredible inflow of new items. Creating a list with all the items to be done should help immediately calm you down as you now no longer have to think of all that you are not doing but rather have the much higher level (hopefully to match your higher salary) task of choosing the most important things to do!

Taking us to the next step.

Only two things are infinite, the universe and human stupidity, and I’m not sure about the former.

I am not sure if it’s Einstein who said it, but it conveys my point. You don’t have infinite capacity. This simple fact doesn’t change, no matter how big your team is.

The implication being you must select some items from your Inbox (remember this is an infinite list) and put some of it in your In Progress list.

Your In Progress ideally is bounded. For most teams, it’s per week and for software teams two weeks. Yes, this is what is called a sprint.

You must always carefully monitor your In Progress work. If you can’t do it all, then actively remove items from it back to an Inbox, Waiting or On-Hold. We will discuss the states mentioned here next.

I find the term independent man or woman to be an oxymoron. Nothing, indeed no human can survive outside of an accommodating synergetic environment. Are you feeling some indignation? Perhaps consider the device you are using to read this piece, think of all the people who were involved in the design, manufacture, and distribution. Even if you somehow did all these activities, you would still need to charge the dang thing and have other people organize for its connection to the internet.

As you move to higher positions within your organization, this reality will arise from the background to hit you as you realize there is almost nothing you can do without the cooperation of others. Everything you send out ends up first in their Inbox before making its way into the In Progress. So how does that task sit from your side in the meantime? In Waiting

For example, If you are busy doing your development work and come across a page which needs a designer, say the payment receipt. The new task now flows to design. To declutter your job, move it to the In Waiting list.

Sometimes, things get stuck In Waiting, not because of another party, but simply because you need to wait for an event to happen or uncertainty to resolve. For example, if you are waiting for a specific day to reach before say banking the post-dated cheque.

If the In Waiting had a grandfather, it would be the On Hold state.

A task graduates to this state when the time horizon for this task is unknowable or so great, you do not need to worry about it, for now, there is nothing you can do about it.

For example, if you have applied for a job in a big corporation, they may take months to get back to you. There is no need to clutter your In Progress with this kind of work thou technically it is there

As I mentioned earlier, the Inbox is a list of all you “can” do, not all that you “will” do. Not everything you set out to do turns out to be worth the time and effort.

Perhaps you had a plan to watch a movie, on the way, your friend tells you the plot. Aside from educating your friend one or two things about spoilers, you also need to update your task to now become “Will not do.”

You can also land on this state if a significant change happens in your life, which means your priorities changes, and out goes most of the tasks. For example, if your company fires you, a lot of functions suddenly change state to this one.

Finally! The most pleasant state. As work moves through your stream, it will eventually achieve a “Done” state. The task met its objectives, or at the very least, there is nothing more you can do.

The feature is now in production! Congratulations!

A note on tools

Board tools such as Trello or even your plain old wall split into “Todo, Doing, Done” are effective at managing all this.

In my opinion thou, I find some states need more attention than others. More specifically, the In Progress state. Since the tasks in this state represent commitments made either to others or yourself, you must budget for them in your calendar and wallet.

Finally, It’s ok to have nothing literally on in Progress, sometimes we all need a break.

Did you find the piece interesting? Talk to me in the comment section below, my Linked in chenchajacob or my twitter @jchex